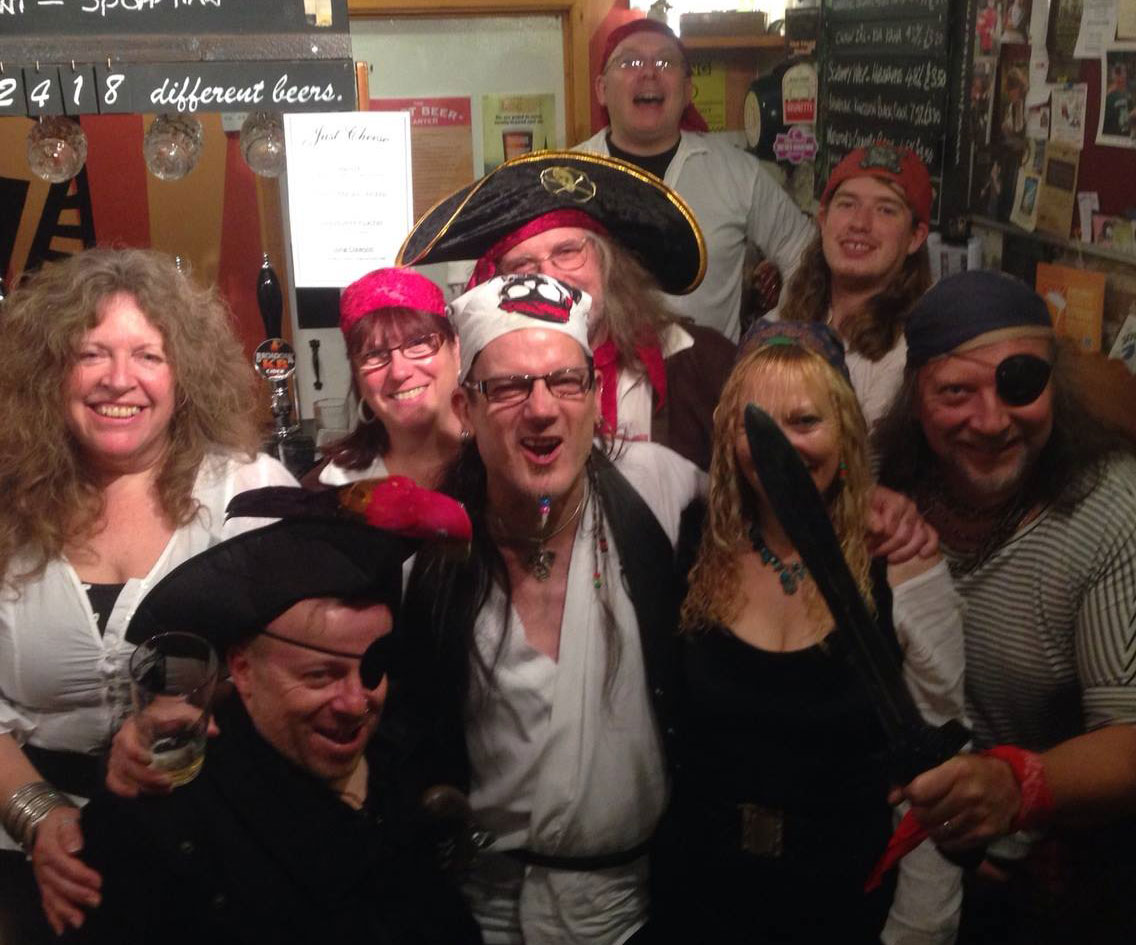 What a fantastic night we had for International Talk Like a Prate Day!

A new cabin boy is welcomed aboard ship by the Captain, who tries to make him feel at home. ‘Aye lad’ says the Cap’n, ‘ye’ll be likin’ it aboard this ‘ere ship. On Mondays we be playin’ bingo’. ‘But I don’t like bingo’ says the cabin boy. ‘Well, ne’er mind’, says Cap’n. ‘Wednesday nights be dancin’ night when we all be ‘avin a good ol’ knees-up’. Again, the cabin boy answers that he doesn’t care for dancing. ‘Well’, says Cap’n ‘ye’ll be luvvin’ Sat’days cos we be goin’ ashore an’ a shaggin’ all the buxom wenches in town’.

When the cabin boy announces that he doesn’t really like the idea of that, the Captain replies ‘What’s a matter wi’ ye lad? Ar’ ye queeeeeer? ‘No’ says the cabin boy. A resigned Captain looks to the floor, sighs and says: ‘Arrrrr, well ye’ ain’t much goin’ t’ be likin’ Sundays either then!’

Thanks to everyone who joined in the fun, especially the music students who entertained us with some sea shanties. Here’s looking forward to an even better Talk Like a Pirate day next year.